It’s known to all that we can’t imagine our day-to-day life without mobile phones or other smart devices like tablets or iPad. If you want to know the most successful inventions of the 20th century, then the mobile phone is one of them.

Modern mobile phones are not only used for communication but also used for various purposes like music players, internet browsing, texting, cameras, and organizers as well.

The U.N. Telecom agency published a report that there are almost 6 billion cell phone users around the world and the growing rate of the users is 1.8 percent per year.

Anyway, a mobile phone is essential for everyone whether it is personal or professional. But the fact is that we have to control our dependency on the excessive amount of time of use on phones that impacts more negative effects on our lives.

1. Creates stress on your eyes

To check yourself whether you’re suffering from this issue, notice these symptoms below:

If any answer to the above questions is yes then you should control yourself from spending too much time on the phone.

2. May increase your anxiety 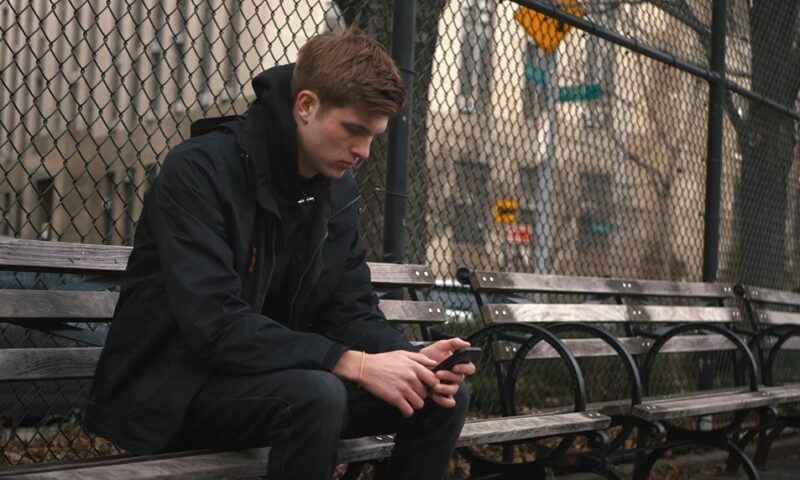 Though modern smartphones provide us with numerous conveniences, they have bad effects too. Because the longer time you spend on the phone screen, the more you will take yourself to increase anxiety.

As a report from a 2014 study, college students are most prone to using cell phones which leads to increase anxiety as well as decreased mental happiness.

Read Also, How To Connect Computer To Wifi Without Cable? (A Complete Solution).

3. May cause to poor sleeping

One of the most effects of spending too much screen time on the phone is the blue light that leads to poor sleeping patterns. Because electronic devices emit blue light that disorders your body’s circadian rhythm. 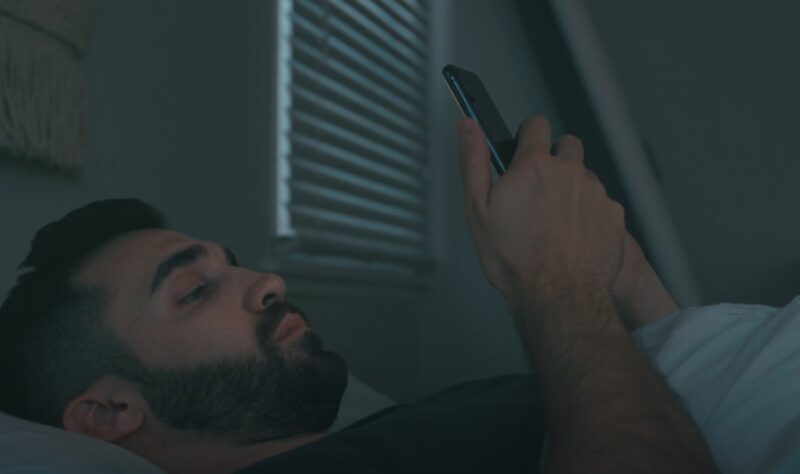 According to the explanation of the National Sleep Foundation, the more you use electronic smart devices in the evening, the harder it will be for you to fall asleep.

So now you can understand how many health issues including hypertension, diabetes, and obesity may be caused because of lack of sleep. That’s why it will be better to limit yourself to spending too much screen time on the phone.

4. May cause to lead to some serious pain to your text thumbs

You know that most people use their phone in one hand and the main issue is that they use their one-hand thumb to handle their phone. But the joints and muscles of the thumb you use are not designed for just that kind of usage. So, this uncomfortable thumb positioning is injurious to your health as well as leads to you serious pain in your thumb.

You may read, Top 10 Best Pc Case for Cable Management – Best Casings of 2023

5. May the cause for ignoring your family and friends

It’s one of the worst effects of spending too much phone screen. See everywhere such as a restaurant or party, you will notice that most one is spending the whole time over their smartphones. That means you’re together but apart because of smartphones.

This bad habit is known as phubbing. It will lead you to ignore your friends and family. Besides this bad habit proves that the real-life presence of your friends is less valuable than the glistening entertainment on your smartphones. As a result, it creates a bad effect between relationships.

Spending too much time on your phone can also lead to social isolation, as you rely on your phone for communication and interaction with others. This can further damage your self-esteem, as you feel like you’re not good enough or worthy of real-life human interaction.

Spending too much time on your phone can also lead to comparison. You see all the perfect lives people seem to be living on social media and it makes you feel bad about yourself. You start to compare your life to others and wonder why yours doesn’t measure up. This is a dangerous road to go down and can really damage your self-esteem.

The research, published in the journal Computers in Human Behavior, found that people who frequently used their phones were less likely to accurately read the emotions of others from their facial expressions.

Lead author Dr. Talis Bachmann, of the University of Tartu in Estonia, said that the findings suggest that phone use can interfere with our ability to empathize with others.

“Our findings indicate that compulsive smartphone use may reduce empathy even for basic human emotions,” Bachmann said. “This is concerning because empathy is important for social interactions.”

In the study, the researchers surveyed nearly 700 young adults about their phone use and asked them to complete a task in which they had to identify emotions from photos of faces. The results showed that those who reported higher levels of phone dependence were less accurate at identifying emotions.

Bachmann said that the findings could have implications for our social lives, as empathy is an important part of healthy relationships.

“If we cannot understand how others feel or what they might want or need, we cannot establish and maintain successful interpersonal relationships,” Bachmann said. 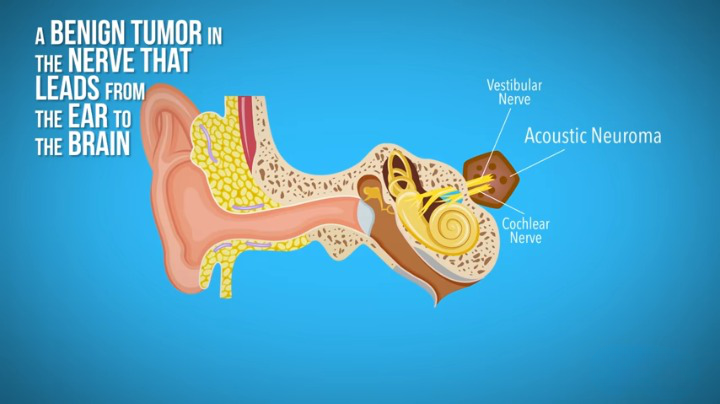 It is no secret that spending too much time on your phone can have negative consequences. One of the most serious chronic health conditions that can be caused by phone use is susceptibility to cancer.

There are a number of studies that suggest a link between cell phone radiation and cancer. For example, a meta-analysis of 11 studies found that people who used cell phones for more than 10 years had a significantly increased risk of brain cancer. Another study found that people who used their phones for more than 30 minutes per day had an increased risk of glioma, a type of brain cancer.

While the evidence is not definitive, it is clear that there is a potential risk associated with spending too much time on your phone. If you are concerned about your health, it is important to take measures to reduce your exposure to cell phone radiation.

Read Also, How to Check Browsing History On Your WiFi Router! 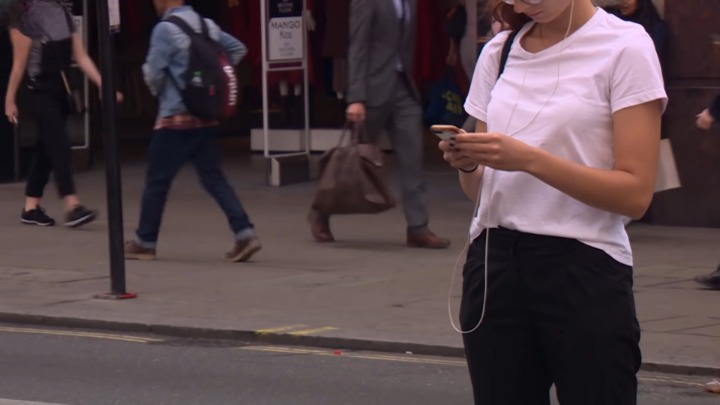 There are many factors that can contribute to phone addiction. For some people, it may be due to a need for constant stimulation or connection. Others may use their phones as a way to escape from reality or cope with anxiety or boredom. Still others may be drawn to the rewards and validation they receive from social media and other applications.

Whatever the reason, phone addiction is a real phenomenon that can have negative consequences on your life. If you find yourself unable to put down your phone, it’s important to seek help. There are many resources available to help you overcome your addiction and take back control of your life.

1. Is spending 4 hours on your phone too much?

A recent study showed that the average person spends 4 hours on their phone every day! That’s a lot of time spent staring at a screen!

But is 4 hours on your phone really too much? After all, it’s not like we’re using our phones all day, every day. We only spend a couple of hours on them each day.

Sure, there are some people who spend way more than 4 hours on their phones every day, but that doesn’t mean that it’s too much. It’s just a matter of how you use your time.

If you find that you’re spending more time on your phone than you’d like, there are a few things you can do to cut back. Try setting limits for yourself, or take breaks throughout the day to give your eyes a break from the screen.

Ultimately, it’s up to you to decide whether or not 4 hours on your phone is too much. If it’s impacting your life in a negative way, then it might be time to cut back. But if you’re able to manage your time and use your phone in moderation, then there’s no need to worry.

2. How phone addiction affects your brain?

When you’re addicted to your phone, it can be hard to break the habit. You may feel like you need to check your phone constantly, even when you know there’s nothing new to see.

This addiction can take a toll on your brain. Constantly checking your phone can lead to anxiety and depression. It can also cause problems with focus and attention.

Your brain is wired to crave dopamine, which is a chemical that makes you feel happy. Checking your phone gives you a dopamine hit, which can make it hard to stop using your phone.

Over time, phone addiction can change the way your brain works. It can impact your ability to think clearly and make decisions. If you’re worried about how much you use your phone, there are steps you can take to break the habit.

3. Can too much screen time make you sick?

There’s no denying that we’re a society that’s obsessed with screens. We’re constantly looking at them, whether we’re checking our phones, watching TV, or working on our computers. And while there’s nothing wrong with using screens, there is such a thing as too much screen time.

Spending too much time staring at screens can actually make you sick. It can cause eye strain and headaches, and it can even lead to more serious health problems like sleep disorders and anxiety. If you find that you can’t seem to go an hour without looking at a screen, it might be time to cut back on your screen time and give your eyes and mind a break.

Smartphones have made a new epoch of technology as well as made our life more favorable from the perspective of communication. But spending too much time on phones has many side effects. It may cause many dangerous situations like car accidents, distractions at study. So, if we don’t control ourselves from spending too much time on the phone screen, it will create a huge threat to our life and environment.

Besides, You may use the best wifi extender for spectrum when the internet signal is low on your smartphone! Thank you